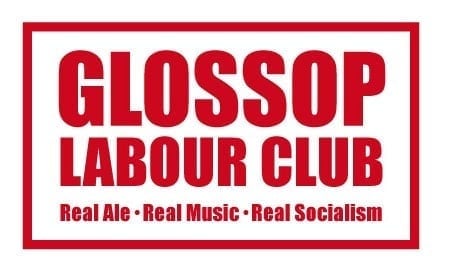 We have regular Sunday night music sessions, on the 4th Sunday of each month. (Note that this is not always the last Sunday). 'Music' here includes not just tunes and songs, but also poems, monologues, or anything else you would like to share.

In honour of Robert Burns, an evening of songs, tunes, poems, stories, (or whatever else you want) from or about Scotland. Also haggis (including vegetarian haggis) plus neeps and tatties. And maybe a taste of whisky.

Admission is free (donations for the food and whisky), but you will need a ticket to get in. Because of COVID, we need to control numbers.

Tickets will be available at the Club, and online from Eventbrite at

Get there early !! At 7.15 we will start admitting people without tickets, up to a maximum of 30 - so if you come late you might not get in even with a ticket.

So long, my son

WE HAVE HAD TO CANCEL THIS SHOWING, ALTHOUGH WE HOPE TO BE ABLE TO SHOW THIS FILM ON  A FUTURE OCCASION.

WATCH THIS SPACE FOR FURTHER ANNOUNCEMENTS

Date to be announced

This gig has had to be postponed because of COVID. New date to be announced.

All tickets will be honoured for the new date or refunded.

A varied evening of musical entertainment to raise money for We Shall Overcome featuring local artists Steve Roberts, Rum Baba plus Lesley Davies and her band.

Tickets are available from the Club, from George Street Bookshop, and the T-shirt stall in the market arcade (Friday and Saturday only).

Steve Roberts has been a musician for more years than he can remember… As the singer and songwriter with Liverpool’s 16 Tambourines he signed to BMG/Arista and toured and recorded throughout Europe in the late 80s and early 90s grazing the lower reaches of the UK charts and securing a reputation as a songwriter of some renown.

In the mid 90s he founded Acoustic Engine song writing gig promotions before leaping back into the musical swamp himself in the noughties with his debut solo album It Just Is, recorded with friends from The Lightning Seeds, The La’s and other great Liverpool musicians. “A beautiful album, we fell in love with it” Janice Long. “The creepy folk pop noir of Love meets Crowded House” Uncut Magazine.

Since then he’s recorded more solo albums, a band album with Captain Pop, a song-based show about the Cold War, and written for television and theatre. 16 Tambourines played a sold-out show in Liverpool just prior to lockdown and are currently recording a new album.

Lesley Davies is a singer/songwriter who writes songs about nuns, goths, men who sit in the pub all day, office scandal, horror movies and being strapped for cash (amongst others), expertly accompanied by Steve Davies on keyboards and Slacky on bass.  Special guest:  Bad Dog Paul.

We Shall Overcome supports the work of Pauline Town, who has housed almost 400 people and on a daily basis is feeding and supporting 60 homeless people. She also supports many other people such as those with mental health issues and lonely isolated older people. This is all from her pub The Station in Ashton-Under-Lyne.  She relies on her We Shall Overcome family to play gigs that raise the money she needs to feed people.